Proposed Dublin 15 mosque will ‘help all the community’ 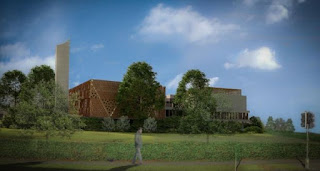 A Dublin-based neurosurgeon who has received planning permission to build one of the largest mosques in the State has acknowledged there was a lack of public consultation about the project ahead of an appeal by local residents. An Bord Pleanála has said the Shuhada Foundation of Ireland can build a four-storey mosque, community centre and primary school on the site of Warrenstown House, a former HSE facility in Blanchardstown, in west Dublin.
Read the full article @ The Irish Times
Posted by Brendan Buck at 03:59