A woman is seeking High Court permission to challenge planning permission for a 19.5m high antenna next to her home in Killeshandra, Co Cavan. Sharon Gumley, of Railway Terrace, claims An Bord Pleanála breached the county development plan and an EU directive in relation to assessment of the project in granting permission to Eircom Ltd for the multi-operator telecommunications antenna. Mr Justice Charles Meenan said he wanted the board and Eircom to be on notice of her application for judicial review of the permission before considering whether to grant leave to take the case. He said it can return to court in December when those parties have been notified. Cavan County Council refused permission for a 21.5 metre high antenna in June 2020 as it was considered contrary to the development plan including because it was policy to encourage co-location and shared use of antennae.
Read the full article @ www.breakingnews.ie
Article uploaded by www.bpsplanning.ie
Posted by Brendan Buck at 01:57 No comments:

People challenging planning decisions may have to take a greater financial risk under proposed Government changes of the judicial review regime. At present in the case of major planning decisions that affect the environment, the usual rules on legal costs do not apply and people who challenge court rulings do not have to pay the other side’s costs if they lose. The Government believes this is driving the increased number of judicial reviews of big developments. The Government is proposing that an individual might have to pay €5,000, and a legal entity €10,000, towards a notice party’s costs, when a notice party successfully defends a judicial review. Also, the notice party would not have to pay more than €40,000 towards the costs of the applicant, if the applicant wins the judicial review. The plan is to shift more risk towards those taking the cases but “in a balanced and fair way that does not in any way infringe their rights,” Minister of State for Local Government and Planning Peter Burke told The Irish Times.

Read the full article at The Irish Times

Posted by Brendan Buck at 04:51 No comments:

Permission given to appeal court ruling on windfarm

The High Court judge has allowed An Bord Pleanála permission to appeal his decision to quash a planning permission granted to a subsidiary of Bord na Móna to build a windfarm to the Court of Appeal. The application relates to a 24-turbine windfarm, which if constructed to its maximum dimensions, would be the joint tallest structures in Ireland, with a tip height of 185m.
In his judgement earlier this year Mr Justice Richard Humphreys upheld a challenge brought by environmentalist Peter Sweetman against the proposal to build a windfarm at Mountdillon Peat Production Bog, near Lanesborough, in Co Longford. The judge quashed the permission on grounds including that the application to build the windfarm did not contain the level of detail required to allow the planning authority grant permission.
Mr Sweetman's action is against An Bord Pleanála, Ireland and the Attorney General. The developer of the proposed windfarm, Bord na Móna Powergen Limited, is a notice party to the proceedings. Arising out of the judgement the board and the developer sought permission from the judge to appeal the decision to the Court of Appeal.
In a ruling on Tuesday the judge said he was prepared to allow an appeal of his decision on the basis that "the practical operation of the planning system would be enhanced by the clarification of certain questions, albeit not those formulated by the board."
The judge said that board, in seeking leave to appeal the decision had stated that the judgement has extremely wide-ranging implications.
That concern, he said, was "overblown." "I do not think that the implications of the judgement are as theatrical as suggested." Likewise claims by the developer in its application to have the matter referred to the COA "slightly overcooks" the implications of the decision, he added. The judge added that the developer had also suggested that the court could consider referring questions arising out of the judgement it would deem appropriate to the COA.
This was the approach that the court intended to take, the judge said, adding that perhaps the issues raised in the case might benefit from "a leapfrog" appeal direct to the Supreme Court. The points of exceptional public importance to be referred to the COA relate to Irish domestic law, he said. The judge added that before the order granting leave to appeal is perfected, he was also giving Mr Sweetman an opportunity to consider if he wishes to cross appeal any aspect of his decision.
Read the full article @ www.rte.ie
Uploaded to blog by www.bpsplanning.ie
Posted by Brendan Buck at 07:39 No comments:

Sinn Féin has accused the Government of extending the time developers have to submit planning applications under the Strategic Housing Developments legislation (SHD), which is due to be replaced. Plans are in place to phase out SHD legislation and replace it with the Large-scale Residential Development Bill (LRD), which is due to come into effect on 17 December. The SHD process had been established to allow for quicker decisions on planning applications for developments of 100 housing units or more, or student accommodation or shared accommodation developments of 200 bed spaces or more.

Posted to blog by www.bpsplanning.ie

Posted by Brendan Buck at 07:27 No comments: 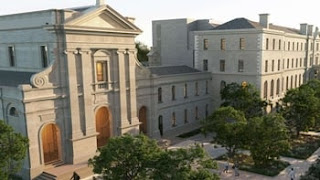 An Bord Pleanála has granted planning permission for contentious €602m plans for 1,592 build-to-rent apartments on the grounds of Clonliffe College in Drumcondra, Dublin. The appeals board has granted planning permission for the scheme in spite of the most prominent objector against the proposal, Sinn Féin leader Mary Lou McDonald stating that if planning is approved, it will only further exacerbate the housing crisis.

Published to blog by www.bpsplanning.ie

Posted by Brendan Buck at 07:22 No comments: 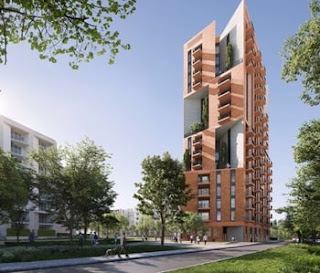 The development of nearly 1,600 rental housing units on the former Holy Cross seminary lands in Dublin has been given the go ahead by An Bord Pleanála. The €610m scheme by international property company Hines went straight to the planning board for a decision as a Strategic Housing Development. Dublin City Council had criticised the scheme as "alarming" and "unbalanced" because of the high proportion of one-bed apartments.

Published to blog by www.bpsplanning.ie

Posted by Brendan Buck at 07:18 No comments: