Clarity on Metrolink route and timelines hailed by council chief 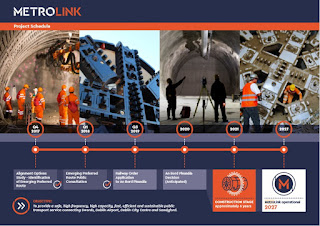 Fingal County Council will work with Transport Infrastructure Ireland over the coming months to ensure that the final design is the one best suited to Fingal and the Metro Economic Corridor.  Following the announcement of the preferred route for the long-awaited metro link, which will carry passengers from Swords to the city centre in just 25 minutes, Fingal County Council CEO Paul Reid said 'clarity' on the route and timelines was welcome. Furthermore, Mr Reid welcomed the commencement of the public consultation phase on the project, which he said had the 'potential to deliver on Project Ireland 2040's vision for future growth and development in Swords and the wider Fingal area'. He said: "Fingal County Council has long advocated the strategic need for a metro link from Dublin City Centre to the Airport, Swords and North County Dublin and today's announcement is welcome as it has brought some clarity in relation to the route and timelines.