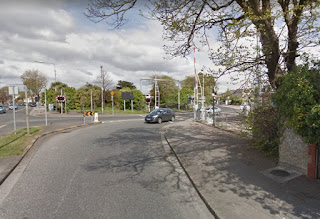 A €48 million plan to close Dublin’s Merrion Gates level crossing to traffic and build a cycle path from Sandymount to Blackrock is in disarray, almost 18 months after first being proposed. The National Transport Authority (NTA) has said it can find no “viable alternative” to the construction of a two-way traffic flyover between Strand Road and Merrion Road in Dublin 4, a proposal which has been strongly opposed in the surrounding area. The NTA is now considering splitting the project to allow the section of cycle track south of the Merrion Gates to progress, while deferring the controversial flyover and gates closure. A committee of councillors from Dublin city and Dún Laoghaire Rathdown will be convened in the coming weeks to consider the move.

Read the article @ The Irish Times
Posted by Brendan Buck at 05:03